Can you recall when a supervisor/manager/CEO in charge of a business, committee or project caused everything to derail? Here’s why this happens.

Leadership comes pre-loaded in some people. They’re the ones everyone turns to when a decision needs to be made. They step in and say “Here’s what we should do…” in a crisis. Of course, they can always be better leaders by learning more about how to be effective, but it’s in their DNA. If they don’t recognize they are natural born leaders, they might walk through life wondering “Why does everyone always want me to be in charge?” It’s simply been a fact of life for them.

For those who have had leadership bestowed upon them and don’t have a clue how to be a leader, it’s different. They have to learn how to do it. Many times, unfortunately, they don’t.

Some people who are given leadership roles merely want what comes with it: the corner office, the view, minions… 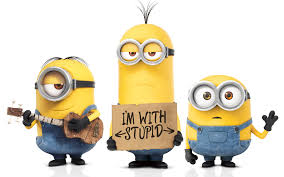 Their thoughts aren’t about what’s best for all; it’s about what’s best for them. Instead of doing work, they want to brag about their position and think about more important things, like their next vacation. They guard their position and never tell anyone what they’re thinking or why they’re doing what they’re doing. The words consensus, cooperation and connection remain in their dictionary under C and are not real life concepts for them.

More traits of self-interested leaders are bad tempers, anger, ingratitude, harassing employees, demeaning subordinates and more. It’s like working for a toddler no one has ever told NO. 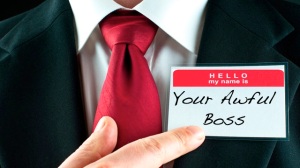 Bad leaders don’t know how to communicate. Perhaps no one ever taught them or pointed out there was a problem, but many don’t care enough to think about it. Maybe they don’t collaborate with their staff because they think that they (and perhaps a few cronies) know better. Maybe they’re wedded to the status quo, scared of opposite opinions or are afraid of change.

Imagine there’s a decision that needs to be made that affects the entire company. An inadequate leader will make a unilateral decision then send out a memo stating there’s been a change with little or no explanation about the thought process or reasons behind it. If the leader had taken the time to consult the staff, maybe they’d learn that this change didn’t need to be implemented or there was a better way. 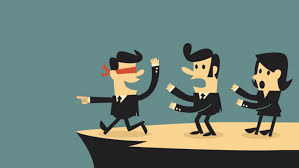 Instead, those learning of the decision will raise their eyebrows, do some head-scratching or perhaps have a nuclear meltdown with shouts of “Why? echoing through the corridors.

Inspiring and connecting with people takes time and energy. Sitting in an office, tapping on a computer sending out emails about policy or what needs to be done is ineffective. A good leader will get up and go out to talk to people– and not just about business.

I had a good friend in hospice care at a convalescent home. I went to see him every day and got to know the nursing staff, the cafeteria workers and receptionists. I’d stop and ask how their day was, chat briefly about their vacation plans or other things. It never took much time. After awhile, people told me they wished I ran the place. Do I know anything about nursing homes? No. What these people wanted was someone who would listen and connect.

Their manager stayed in the office and never came out. 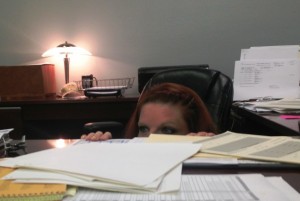 Sub-standard leaders don’t work on themselves or their relationships with others, then wonder why things aren’t going well.

When working to attain a goal, knowing what needs to be achieved and moving towards it sounds simple. To an ineffective leader, distractions, internal squabbling, indecision and more can keep a project from getting done. Because of all of the previous reasons listed above, they can’t get a group to work together and get things done. 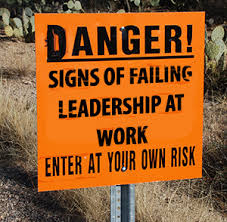 In order to be a good leader, it takes good communication, consensus, connection and leading by example. A leader inspires others to do what needs to be done then stands back and gives them credit when the goal is achieved. 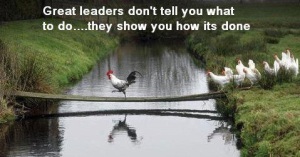 Be A Better Leader

If you’ve recognized something you’ve done wrong in this blog post, congratulations! You can now make changes and learn to be better as a leader. Learning is a constant process and everyone makes mistakes. It’s a new day– get out there and lead! 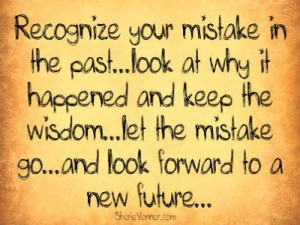