Studies show that feelings of loneliness are more dangerous than being fat. In fact, a six year study of 2,000 people over the age of 50 found that lonely people are twice as likely to die than those surrounded by people. 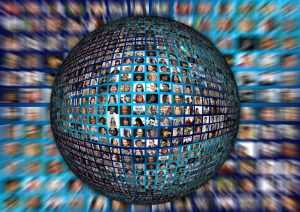 There are billions of people on this planet.

But statistics show that 20% of Americans consider themselves to be LONELY.  That’s 60 million people. And this phenomenon is global.

Why is this happening?

When was the last time you asked someone how they were and really listened to their response?

If someone gave you more details about their life, did you even want to listen? Or were you thinking about the things you had to do? Maybe half-listening?

For 50 years, Don Richie lived in a home in the eastern part of Sydney, Australia.   Each day, he gazed out of his window at steep, grey cliffs  known as “The Gap” that offer some of the best views of the ocean in all of Australian.

But it was not just a love for the sea that drew him to the dramatic panorama.

He looked for people, always alone, who stepped over the protective fence,  stood on the cliffs’ edge and waited to jump. 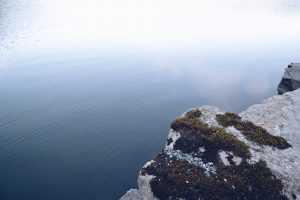 He would approach them, smile and ask “Can I help you in some way?”

Mr. Richie saved 166 people this way, and had them over to his house for a cup of tea after. He became known as “The Angel of the Gap.”

He said, “Never be afraid to speak to those who you feel are in need. Always remember the power of the simple smile, a helping hand, a listening ear and a kind word.”

I felt inspired by this. I began to ask people “How’s your day?” And really listen.

One day I saw an elderly man, bent and shuffling slowly with a walker. When I asked him this question, his face came up, his blue eyes twinkled at me and he said “Great! Do you want to race?”

We spent a few moments talking, and I learned he was an artist who had painted beautifully elaborate scenes of Western life on the tops of his slip- on moccasins. We both left with a smile on our faces.

If you get a superficial response, go deeper. Ask the following:

Questions and answers lead from conversation to connections. From minor to meaningful, from solitude to society.

Karl Menninger, an American psychiatrist, said: “Listening is a magnetic and strange thing, a creative force. The friends who listen to us are the ones you move toward.”

Create daily connections and you enrich both your life and those of others. It’s easy. How’s your day? Let me know.