Prosecutors and Sex Crimes: What Year Are We In?

The #MeToo movement is beginning to change the way people understand crimes against women. Still, rape cases seem difficult to prosecute. But are they, or is it a systemic failure?

The other day I was reading the Huffington Post and came across an article titled “Prosecutors Rarely Bring Charges in College Rape Cases.” It detailed how an LA County prosecutor informed a victim that he wasn’t going to proceed with her case because jurors “have no experience in any kind of sex crimes occurring in their life” and would have problems convicting beyond a reasonable doubt. Sound plausible to you?

When I read this, I wondered: What year is this?

In 1990, I was a prosecutor and had been assigned a rape case to evaluate. The victim, a Philippine immigrant, was 22 years old. She was engaged to a Marine who was getting ready to head out to Iraq in the first gulf war. The night before their wedding, she stayed with a friend who was going to assist her in putting on her dress the next day. The friend’s boyfriend, who she’d never met, joined them and they toasted the wedding. He drank a lot. In the middle of the night, he came in and raped the bride-to-be. She lay there in shock, doing nothing. When he’d finished, she fled the apartment, called her fiance and went to get a rape exam. Then she got married to him the next day.

I found the victim to be credible and decided to file charges…to the consternation of fellow prosecutors. What was I thinking? How could I win this case? I was even bet by a colleague that I’d lose.

That was 1990. I’d look around me and see prosecutors refusing to issue cases, not because they didn’t have enough evidence to prove something beyond a reasonable doubt, but because they were afraid to lose. If it wasn’t a “slam dunk,” they wouldn’t do it. They also worried about jurors and whether they could put together a group who would convict. Trust me, if you’ve studied jury selection enough there’s an intelligent way to find a good jury.

The issue the defense chose to bring forward at trial was not consent, but that the victim wasn’t reasonably afraid. I brought in an expert on frozen fear to discuss why she hadn’t struggled. My trial team supervisor came in to watch me put on this evidence and I convicted the defendant.

The judge seemed concerned about the issue of fear. Why? I’m still not sure, but when the defense appealed, three justices of the 4th District Court of appeals agreed there was a problem. Their opinion, reversing my conviction, said the victim “should have screamed.” They also said “Why was she afraid? She didn’t know (the defendant) and didn’t know he’d be violent.” Hmm…what if you weigh 90 pounds and some 200 plus man comes in the middle of the night to rape you? Would you be scared if you didn’t know him that well? Also, there’s no resistance requirement in California.

Six years went by. SIX YEARS before the case went to the California Supreme Court. My conviction was unanimously reinstated due to the stellar work of a deputy attorney general and amicus briefs by women’s groups and the San Diego Lawyer’s Club. Here’s a link if you want to read the opinion, People v. Iniguez: http://scholar.google.com/scholar_case?case=4186831821555556151&hl=en&as_sdt=6&as_vis=1&oi=scholarr 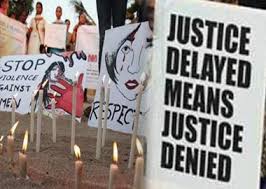 Every year, there are close to 250K victims, older than age 12, of sexual assault in the United States. Statistics show that sexual assault has decreased by more than half since 1993. However:

Here’s a link to RAINN, the Rape Abuse and Incest National Network for more information: https://www.rainn.org.

Now, moving forward to what happens with prosecution of rape cases. CBS News reported in 2009 that the arrest rate in 2008 for rapes was just 25%- a fraction of the rate for murder which was at 79% and aggravated assault at 51%. That means only 1/4 of all rape cases lead to arrests by law enforcement. Then the cases are evaluated by prosecutorial agencies. How many cases are actually filed against rapists?

Sure, there were rape victims I evaluated who weren’t telling the truth. That happens, and some cases have evidentiary problems. But, years ago, I saw the same problems with prosecutors not moving forward as there appears to be today. These cases can be complicated and no one can ever guarantee a result, but should they be abandoned entirely due to conviction rate concerns?

If you want to read more about the problems with prosecutorial agencies, I highly recommend Sex Crimes by Alice Vachss. She was on the cover of Parade magazine in the early 1990’s for her work on tough sex-crime cases no one else wanted. Then she got fired by the Bronx DA’s office. She felt prosecutors were more interested in convictions than justice and was outspoken about it. 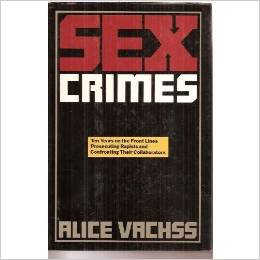 What is it going to take for this to change? Get involved, become aware and lobby for change.