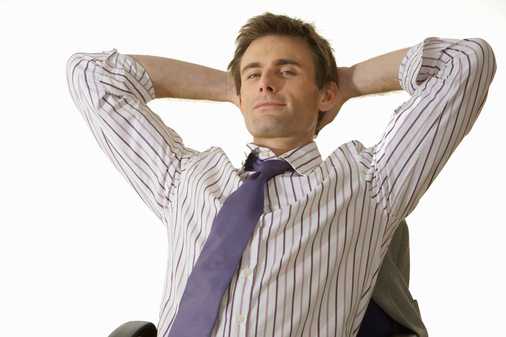 Know-It-Alls, Bullies, Whiners, Gossips, Angry Aggressors, Passives…           We’ve all come across toxic people, in both our work and personal lives. But what do you do when you’re stuck dealing with one for a LONG time? During a recent seminar I taught on how to read body language, an attendee […]

How to Detect a Liar

Let’s face it, everyone lies. Fortunately, with a little practice, liars become easy to spot. These simple tips will help you not be deceived. Lies can run the spectrum from trying not to hurt someone’s feelings to toxic manipulation in work, life or love. Listen To What Is Being Said “Timmy, did you eat one of […]

Can you recall when a supervisor/manager/CEO in charge of a business, committee or project caused everything to derail? Here’s why this happens.   They Aren’t Natural Born Leaders Leadership comes pre-loaded in some people. They’re the ones everyone turns to when a decision needs to be made. They step in and say “Here’s what we […]

How To Be a More Effective Communicator

With a little practice, you can be a more effective communicator. More so than famous people, athletes and politicians. Here’s how. I’ve been a fan of Marc Maron’s WTF podcast quite awhile and was surprised former President Barack Obama had decided to visit Marc’s garage in LA and give an interview. Then I listened to […]

Would you like to make a bigger impact when you give a speech? These tips will bring added interest and excitement to any presentation. Every time we talk, we use different tones of voice, gestures and body language. When it comes to public speaking, it’s no different. After determining what message you want to convey […]

DOMESTIC VIOLENCE and THE BLAME GAME

Recently, the media was in an uproar over the case of Ray Rice, the NFL Football player who knocked his wife, Janay, out with a punch to the head in an elevator. He’s been suspended. http://deadspin.com/heres-video-of-ray-rice-knocking-out-his-fiancee-in-an-1631864196 The front page of CNN.com has Janay making a statement that “To take something away from the man I […]

Prosecutors and Sex Crimes: What Year Are We In?

The #MeToo movement is beginning to change the way people understand crimes against women. Still, rape cases seem difficult to prosecute. But are they, or is it a systemic failure? The other day I was reading the Huffington Post and came across an article titled “Prosecutors Rarely Bring Charges in College Rape Cases.” It detailed […]

One of the most powerful talents you can have is to be naturally likable. But how? Can this be learned? Absolutely. In the past week, I’ve had two people tell me that I have a rare quality: likability.  One of these people proclaimed it loudly to others, delighting me, of course. Some people are instantly […]

Have you ever wanted to be better at public speaking? It’s possible! Jerry Seinfeld said   “According to most studies, people’s number one fear is public speaking. Number two is death. Death is number two. Does that sound right? This means to the average person, if you go to a funeral, you’re better off in […]

As a speaker, Toastmaster and public speaking/trial skills coach, I get to see lots of presentations. What’s the one thing that makes me want to put my head in my hands? POWERPOINT This product should come with a warning label: IF MISUSED WILL PUT AUDIENCES TO SLEEP OR MAKE THEM WANT TO DO VIOLENCE. Think […]