Blogging for Suicide Prevention:Ode to a Friend

Four days ago I answered my phone and was greeted by the sound of weeping. The call was to notify me a friend and attorney colleague had died by suicide, and I was being contacted because she’d left a note for me to take over her cases.

I’ve never lost anyone to suicide. Death isn’t a stranger, taking both my parents in 2010 within four months of each other, and many others over the years. Yet, the news of my friend’s final act shoved me into shock. 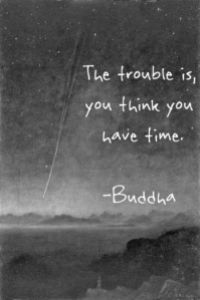 There were two immediate questions: How and Why?

The How was easily answered. At midnight, she’d stepped off a 200 foot bridge, a location that’s a suicide magnet in our area. Had she looked out at the lights of the downtown skyscrapers and peacefully left the ledge, her eyes on their twinkling beauty, or had she stared at the water churning below and cast herself into it, wanting desperately to end whatever pain she’d been feeling? I knew she’d made a previous suicide attempt years before and now, perhaps, she needed a certain near-guaranteed finality.

It’s the second question, the Why, that lingers. Speculation and piecing together events will never resolve this. Her detailed notes about what to do with her cases, the list she left of her online passwords, a handwritten letter to her father, the thoughtful paying of her office rent through the coming month…these are acts of someone clear-headed and prepared. On her last day she was seen in court, laughing, talking, smiling and going through her normal routine. Was it because she knew that at midnight she’d drive to her final destination and it would be over and whatever pain she felt would be gone?

Initially, the guilt bus rolled in and stopped in front of me with questions. Why couldn’t I have saved her? What could I have done? What had I missed? I replayed all conversations I’d had with her over the past five months. I knew she’d felt increased anxiety and was desperately trying any method, both holistic and traditional, to combat it. Things began to spiral when her mother, who had abandoned the family years before, resurfaced. A few weeks ago, we’d had a long talk. When I’d first answered the phone, her voice had been panicked but, as we explored her feelings, she’d calmed down. I’d offered assistance if she needed me to make court appearances. I’d told her she could call me any time to talk. Then, on her birthday, I’d called and gotten her voicemail. I’d left a message and she’d texted me back, all happy and normal with a smiley face rounding it out. Four days later, she was dead.

In addition to my guilt, there’s anger. As coolly and calmly as she’d planned for the ramifications of her death, she actually left things in a bit of a mess. Her accounts were frozen. Her office had to be packed up by her grieving father, the certificates removed from the walls, the hidden chocolate thrown out, the contents of her desk and credenza explored. As I helped and locked down my feelings of grief, I wanted to shake her for the anguish I saw in her father’s eyes as he dutifully taped together boxes to pack her things in. My mind played a loop of “What a WASTE” over and over.

When Robin Williams had killed himself, she’d blogged about how she could relate, and what she was doing to not go down that road. She was smart, always exploring her feelings. She attended self-improvement workshops nearly every weekend and sought ways through alternative treatments and exercise to stay healthy.  As another mutual friend put it so well, she looked like a duck on a lake. Serene, floating along, but under the water where no one could see, her feet were paddling like mad.

Here is where I could list a bunch of statistics about suicide and mental illness. I could talk about how there’s a guy at the State Bar who has dealt with lawyer deaths for 20 years who kept his voice as calm and quiet as a person whispering in church when he spoke to me about what to do about wrapping up my friend’s practice. Or how there’s been at least five lawyers in this county in the past few years who have taken their lives and how the added stress might have contributed. Or how everyone who knew her is still reeling with their own versions of the WHY question and seeking answers.

All I know to say to anyone who is considering ending their lives is:

No matter how isolated you feel, there are people who will be profoundly affected by your death.

No matter how carefully you plan things, you’re going to leave loved ones and friends picking up the pieces.

People LOVE you and want you to stay, even if you are having a hard time believing it.

We will do ANYTHING to help you.