Are you job interviewing in this down economy? Pitching a book idea?  Picking a jury? Trying to convince a loved one they really need to go to that football game with you? Raising venture capital?

Life’s about sales, no matter if it’s business or personal relationships.

I recently read a book by Oren Klaff called Pitch Anything! Klaff chased down every useable theory in the field of Neuroeconomics and formulated an answer to both how he could better forge a connection with the people he was pitching to, which led to multi-million dollar deals in venture capital. 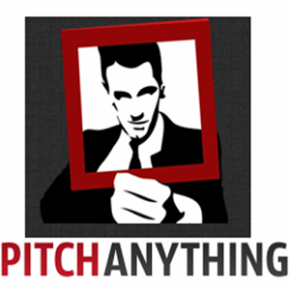 Klaff says that for more than 40 years, sales trainers have been teaching techniques and methods that help “situationally disadvantaged” salespeople (low social status) get an appointment, build rapport, package a business transaction in a thin and fragile emotional wrapper and, if they’re lucky or doggedly persistent, close a sale.  But it’s all WRONG.

He talks about how people preparing to pitch ideas have several things to overcome:

You’ve all sat in lobbies or conference rooms before being interviewed, pitching a product or giving a presentation. The moldy magazines, the indifferent receptionist, the bored audiences…you’re stuck in a Beta Trap. Klaf discusses how to change the situation and become an Alpha. It’s crucial in order for people to give attention to you and/or your ideas.

Then, all the ideas you’re sharing that have been developed in the neurocortex of your brain are being heard by Crocodiles. Their brain says:

3. Crocodiles will NOT send anything up to the neocortex for problem solving unless they see
a)  a situation that’s unexpected and out of the ordinary or

b) you have a product as sexy as the iPhone when it first came out that triggered dopamine and sent the brain a reward about pleasure.

After reading his book, I saw the ideas he discusses can be applied to a wider audience. When I began my career as a prosecutor, the first thing I focused on learning was how to pick juries. I thought, if I didn’t have twelve people who would listen to my case, I might as well pack up before I started.

Jurors might initially excited to be there, so that helps get around their crocodile brains, but if you can’t sustain their attention they’re going to SHUT DOWN.

If you’re interviewing for a job, if you don’t change up the situation and make them view you as an alpha and keep their attention, you might not get hired.

I highly recommend reading Oren Klaff’s book with a mind to how it can be applied on a broader basis in your life. http://pitchanything.com/book/